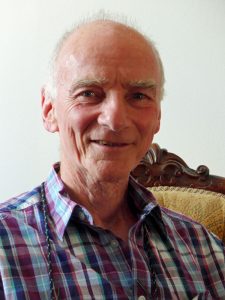 What is/was your full time occupation?
I qualified as a Doctor in 1972 at Sheffield Medical School. Whilst moving around the country gaining experience I decided to specialise in Paediatrics. I spent 2 years in Dominica as a consultant employed by the Overseas Development Agency. I returned to the UK and settled into Bromsgrove spending 30 years in Paediatrics at the Alexandra Hospital in Redditch as a Consultant.

When did you first become interested in photography?
I think it was genetic inherited from my father and grandfather. My grandfather had a photographic shop in Rochdale followed by opening a chain of cinemas in towns in Lancashire. My father was one of the managers of the cinemas. I remember that every time we went out he always took a still or movie camera and had a Weston light meter on a strap around his neck and slipped it in his pocket.

Is there a photographer that inspired and influenced you and you would have liked to have been able to spend a day with?
It’s a little difficult. Interests have changed a bit now but Ansel Adams was one with his monochrome landscapes of Yosemite. Now my favourite genre is portraits. I admire the old black and white photographs of the Hollywood stars.

Is there one photograph by anyone in the past that you especially admire?
It has to be the “Afghan Girl” by Steve McCurry. 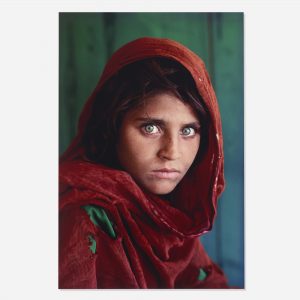 What was your first camera and how did you come to buy it?
I used to borrow from my dad. The first one I bought was a Yashica SLR in the mid 70’s in Burnley. I admit it was a bit of an impulse buy. I had it for a few years and then went on to Olympus with an OM1 and OM2 with lenses.

Which camera have you owned that you have a special affection for?
I’m not an equipment addict. I have enjoyed a number of cameras including a Leica IIIG which was stolen. I usually buy a camera that has been on the market for a while so that it has been tried and tested. If I’m happy with the results from my camera, then fine. Currently I’m a Nikon man.

What is your typical kit set up for a day out?
If say, I go to a re-enactment, I will take both cameras, the 16-85mm and sometimes both Sigma lenses. I stick on the 16-85mm and sometimes at the end of the day wonder why I brought the rest along. If I have access to the car the I will also take a tripod, reflectors, spare batteries, SD cards, notebook and pen and some business cards. I don’t take a flashgun. The notebook is for taking email addresses from people I meet so that I can send them copies of the images I take. I think this is quite important.

What camera would you currently like to own if it was possible?
Another Nikon 7100 but one that has been professionally converted to infrared.

Do you find it difficult to resist the temptation to buy the latest equipment?
No, I’m happy to use second hand equipment.

Do you have a particular number of genres that you favour and concentrate on?
Yes two. One is studio and natural light portraits and the second is landscapes.

Is there just one favourite photograph that you have taken which you are really proud of and why?
Yes, it’s a picture of a lone tree in a field. I was out for the day and noticed the tree as I passed on the way to where I was going and made a mental note of it. I went back to it on the way home later in the day and captured the scene that I had imagined. I have called it “End of the day”. 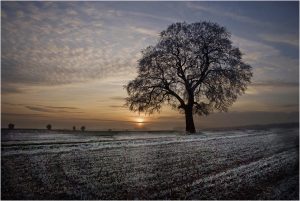 Have there been any amusing or memorable incidents when taking photographs?
I went on a Smethwick weekend to Belgium and in Antwerp we saw a couple of bicycles leaning against some railings. To make a good shot, a low down angle was needed so we were all virtually lying down. One of our group was a lady who used a walking stick. When she lay down she put her stick on the ground next to her. A passing girl, not realising what we were doing, saw this and told us all off for not attending to a disabled woman who had fallen over. When we explained it to her she saw the funny side.

Is there a difficult image that you would still like to capture?
I admire pictures I see of inside caverns and tunnels where the photographer has had the opportunity to set the lighting up for the scene to make it look good. I also would like to photograph areas which are not normally accessible such as abandoned buildings etc.

What made you start to work towards obtaining photographic awards and distinctions?
It was in about 1986/7 when I joined BPS and learning what was going on. I teamed up with my friend Mark Pinfield who was a long standing member. We both started to enter the same competitions. There is a value in having a fellow member as a companion or mentor with similar interests to enter and visit exhibitions. Many members do not realise that within half an hour’s drive of Bromsgrove there are probably 20 to 30 annual exhibitions. Details can be found regularly in the Photography News, copies of which circulate the Society each month.

Did anyone help and influence you on the way to attaining your goals?
Mark Pinfield was the main one. Dad did encourage me in photography as well. During my time in the Caribbean, I wish I’d taken more of the opportunity for taking better pictures!

Are there any tips you can pass on to members considering starting on the path to an award?
Get involved and find out how it’s done. It is so much easier now that digital images can be sent cost effectively.

What computer, monitor and editing software do you use?
I have a PC tower, BenQ monitor and a Canon TS8050 printer. I subscribe to the Adobe Creative Cloud and use Photoshop.

Do you do your own printing, if so what printer do you use?
Yes up to A4 size only. For anything larger or unusual mounts, I use DS Colour Labs in Cheshire.

What was the best picture you failed to get and why?
I was at Stratford Race Course and set myself up just beyond a fence. I was watching the horses through my viewfinder as they came over when I noticed a rider who was falling off. I was so worried that he might hurt himself that I forgot to press the shutter.

If you were a professional photographer for a day, who/what and where would you like to photograph?
I would like to spend a day with the American photographer Gregory Heisler. I have one of his great books. He has access to all sorts of people and in his book he describes how he took the shots.

I also like the old Hollywood monochrome portraits of the stars which I try to emulate sometimes.

What do people say about photography that makes your hackles rise?
“The camera never lies”. This was never true even since the 19th century.

Do you have a photographic philosophy that keeps you going?
With portraits of the public be respectful and if they don’t want their picture taken, just have a chat to them and move on.

Steve McCurry – Afghan Girl. “If you wait, people will forget your camera and the soul will drift into view”

Gregory Heisler – US portraits of celebrities, politicians and athletes.