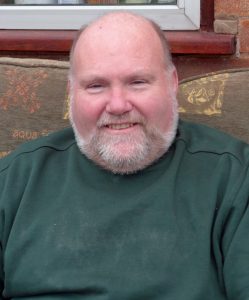 What was your full time occupation?
I have just recently retired. My occupation was as an engineer at Jaguar Land Rover. I was on the electrical side resolving warranty issues and critical problems.

When did you first become interested in photography?
In the late 1970’s. A good opportunity arose at work going around Europe. To replace my Kodak Instamatic, I bought a Practica E2 SLR and some nice lenses. When I returned I signed up for a college course run by Ron Swift who was a BPS member and Vice President. It was Introduction To Photography. During the course I took and processed Black & White and E6 colour slides. I then followed this up by taking “O” and “A” Level GCE’s in Photography.

Is there a photographer that inspired and influenced you and you would have liked to have been able to spend a day with?
I’m into sports photography. I also like creative photography.

Is there one photograph by anyone in the past that you especially admire?
Some of the Smethwick members who specialised in colour slides such as Dave Taninwood and Dave Johnson.

What was your first camera and how did you come to buy it?
A Kodak Instamatic which was a present. Then came my Practica E2. When I joined BPS I went on to Canon and I still have my old Canon A1.

Which camera have you owned that you have a special affection for?
The Canon A1 was a really good camera and I still use Canon equipment. Currently I have 2 7D’s which like a lot.

What camera would you currently like to own if it was possible?
I would consider a 5D Mk IV or a 1D both of which have full frame sensors.

Do you find it difficult to resist the temptation to buy the latest equipment?
No. I take an interest in new equipment but I only look to upgrade about only every three years .

Do you have a particular number of genres that you favour and concentrate on?
I do everything but I do like Nature and Sport.

Is there just one favourite photograph that you have taken which you are really proud of and why?
I have taken a number during some of my overseas trips. I have a number of good slides and prints of Penguins in the Falklands. In Africa I have a couple of prints, one of Giraffes and the other of Elephants. These are copies. 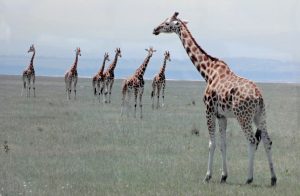 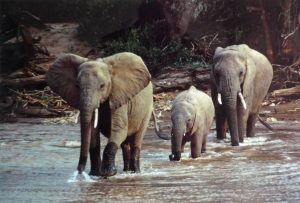 Have there been any amusing or memorable incidents when taking photographs?
The print of the Elephants shows a baby with two adults entering a waterhole. They were soon joined by around thirty others. It didn’t take long for a few vehicles to turn up and take photographs. After a while the all Elephants decided they wanted to move off and many trumpeted loudly and the vehicles quickly got the message and moved out of the way.

I was with a number of photographers in Mid Wales once and we had shopped for the ingredients for our lunch the following day. We left them on the side in the kitchen and went off to supper at a local pub. When we returned we heard some rustling in the kitchen but couldn’t see anything and went to bed. When we woke up the following morning we went into the kitchen for breakfast and found holes in the shopping bags and the contents had been chewed by mice. We had to throw the remains away.

Is there a difficult image that you would still like to capture?
I would like to invest more time in using Photoshop to learn how to merge images better.

What made you start to work towards obtaining photographic awards and distinctions?
I have been influenced by the many fine photographers that I have mixed with over the years at the clubs where I have been a member.

Did anyone help and influence you on the way to attaining your goals?
I would pick out Tony Wharton from Smethwick on Nature.

Are there any tips you can pass on to members considering starting on the path to an award?
If aiming for LRPS or ARPS, get copies of recent RPS Journal and visit exhibitions. Study Distinction Panels by other experienced photographers and work out how to get similar results with your own work.

What computer, monitor and editing software do you use?
I have a Windows 10 Hewlett Packard Laptop, an IIyarma Monitor and a projector similar to the one used by BPS. The software I use is CS3 and I’m hoping to get a new version of Elements soon.

Do you do your own printing, if so what printer do you use?
No, not any longer. I do own two printers, the largest is an Epson 1800. I tend not to do much printing now.

What was the best picture you failed to get and why?
I missed a great picture of an Otter as I had left my camera in the car.

If you were a professional photographer for a day, who/what and where would you like to photograph?
Either an F1 Grand Prix of a big horse racing event such as Ascot.

What do people say about photography that makes your hackles rise?
People who look at an image and say B&W would have been better or vice versa. I often agree with a judge’s initial selection but end up disagreeing with the final decision making for the winners. The changing of Nature and other rules just for the sake of it.

What piece of photographic wisdom would you like to share with BPS members?
As soon as you arrive at your chosen destination, get your camera out ready to start taking pictures. Don’t wait to set up before the event starts. Always carry one or two fully charged spare batteries.

Do you have a photographic philosophy that keeps you going?
Try and keep your equipment up to date and be competitive and aware of current trends and the latest “in” techniques and topics of the moment.