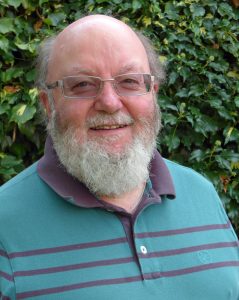 What is/was your full time occupation?
I was a Chartered Accountant working in industry. I’m now retired.

When did you first become interested in photography?
I was a young child and remember my parents had box cameras which they took on holiday. Around the age of ten they bought me a Kodak Brownie 127 camera. When I was thirteen my uncle, who always managed to delight me by buying me presents that I hadn’t realised I really wanted, gave me a huge wrapped box which contained a kit from Johnsons of Hendon, London, all the apparatus that I needed to set up my own darkroom. This is what started my love of darkroom work.

Is there a photographer that inspired and influenced you and would you have liked to have been able to spent a day with?
In the beginning I suppose it has to be Ansel Adams for major inspiration. Since then I have enjoyed the work of other photographers. Some years ago, Jill and I flew to Canada via Chicago and Calgary. We were to return via Vancouver but the flight was delayed by severe weather, so we stayed in Chicago. During that time we visited a museum and saw an original Ansel Adams which in the flesh displayed great technical prowess. However, next to it was another landscape by a different photographer, Paul Caponigro, and this conveyed great emotion compared to the other.

Is there one photograph by anyone in the past that you especially admire?
The Ansel Adams photograph “Tenaya Creek, Dogwood, Rain”. It’s a genuine expressive photograph with softer light and rain.

Which camera have you owned that you have a special affection for?
A Minolta XD7, one of the first cameras with manual and aperture priority which you could set manually. I have good memories of it but actually I don’t know and love cameras as such but I do know and love pictures.

What is your current camera(s) and lens(es) set up and how long have you had it?

I have a pouch on my belt containing a digital Panasonic Lumix DMC-TZ60 which is with me most of the time.

What is your typical kit set up for a day out?
These days all my Bronica kit fits in one bag and that’s what I take with me.

For a light travel I also have a bum bag with a Fuji GA645Zi again 120 film. It has autofocus and auto exposure. The lens is a limited but useful 55mm to 90mm zoom but it isn’t interchangeable.

What camera would you currently like to own if it was possible?
Maybe a Hasselblad film camera but really I don’t have a desire for a different camera at the moment.

Do you find it difficult to resist the temptation to buy the latest equipment?
Absolutely not. None of it uses film!

Do you have a particular number of genres that you favour and concentrate on?
Landscapes, Human form of nudes in landscapes and Buildings exteriors and interiors.

Is there just one favourite photograph that you have taken which you are really proud of and why?

Have there been any amusing or memorable incidents when taking photographs?
There are two.

Is there a difficult photograph that you would still like to capture?
Yes, on Dartmoor there is Wistman’s Wood which is characterised by big boulders covered in moss with Dwarf Oaks growing amongst them. It’s a really eerie place and I have never managed to capture the atmospheric emotion of the place in a photograph. I need to keep trying.

What made you start to work towards obtaining photographic awards and distinctions?
It’s my competitiveness. After many years of being mediocre in physical ball sports activities I moved on to photography where I think I know about it now and can be competitive.

Did anyone help and influence you on the way to attaining your goals?
When I first joined Bromsgrove Photographic Society, a number of members would adjourn to the local pub, now the Hanbury Turn, to discuss photographic matters. Amongst those there were Pete Hadley, John Davidson, Bill Chambers. During the first two years of doing that I learnt more about making pictures rather than taking them. Before I joined the Society, I took a 6 month photography course. It covered darkroom and portraiture and was a good grounding for me.

Are there any tips you can pass on to members considering starting on the path to an award?
The most important is to go to other exhibitions, both national and international and learn what the current trends and fashions the judges are looking for. Then try to emulate them.

What computer, monitor and editing software do you use?
Well, I don’t really although I have in the past. I just like my darkroom and I’m happiest using that medium.

Do you do your own printing, if so what printer do you use?
My darkroom is what you might call analogue with film, chemicals and light sensitive photographic paper. That in effect is my printer. It’s a whole different process. I don’t really do any digital work at all.

What was the best picture you failed to get and why?
I had taken the family to Bath. The children were very young and we stopped for a nice picnic. We did it properly with folding tubular and canvas chairs. I was sitting watching a tractor in the neighbouring field ploughing up and down followed by lots of Seagulls. I decided to take some shots and went over to get nearer to the action. I ran out of film but no worry as I had some more in the car. I turned and walked back to the car and as I passed the family all sitting down, there was a noise and Jill suddenly cried out as the canvas seat split and gave way and she dropped down between the tubes and became trapped. It was a hilarious sight but I didn’t have a film in the camera to capture it. It would have been fantastic.

If you were a professional photographer for a day, who/what and where would you like to photograph?
I would love to be just an assistant to the fashion photographer John Swannell. I believe that I would learn a great deal from him.

What do people say about photography that makes your hackles rise?
I still use the word photograph rather than image. Image in my dictionary is defined as a painting, sculpture etc. Well, my photographs are not “etc”.

What piece of photographic wisdom would you like to share with BPS members?
Using a tripod continues to be the best way of improving the quality of your photographs.

Do you have a photographic philosophy that keeps you going?
The next Gold Medal Winner is yet to be taken. Keep clicking.

Notes on Peter’s work. Why Black and White?
I love Black & White because the colours are better. In other words, I can get across my message of the emotion of the subject where colour often gets in the way.

Why not Digital?
I did become a digital photographer while I was still Secretary of a UPP Darkroom Circle. I did do very well in digital but I was running out of negatives. I didn’t enjoy the computer aspect as use of one was a major part of my working day. I gave my digital camera to Jill and went back to film and I have not regretted it. I still love my darkroom work.